My Journey to Theism

“Though I was an atheist, God always attracted me, and He was a real mystery to me.” 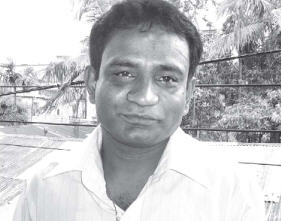 When I was a fourteen-year-old schoolboy, I met a communist who gave me some books to read. Reading was my favorite hobby, and I had great interest in reading different types of books. So I started to read the communist books. I was at the age when many boys and girls want to revolt against traditions and norms, and I was no exception. Rather, I was more revolutionary than my classmates, and the communist books only made things worse.

The books said that capitalists deceive people in the name of God and religion. The books explained how our solar system was created and how our blue planet Earth and other planets were created from the sun some billions of years ago. I had learned before that God created everything, but I did not know the details of how He did it. That is why when I read that the Earth was created because of the great attraction between the sun and another star, I promptly accepted this phenomena without question. My mind was ready to grasp these fantastic ideas that are against tradition. As a result, I became an atheist in my early age and continued to be one for about thirty years, until I was forty-four.

When I went to college I never stopped reading books. I always wanted to learn more. When I was eighteen years old and a student at college, suddenly I decided to discover God. Though I was an atheist, God always attracted me, and He was a real mystery to me. I left home with the hope that I would join some religious mission and become a monk. Then, by meditation, I would devote myself to knowing and discovering God.

I went to India and joined a Ramakrishna Mission group to become a perfect monk. The Mission had very hard and fast rules. Everyone had to get up very early in the morning to meditate and perform other regular activities. But I was not used to getting up early, and I was addicted to smoking, which was strictly prohibited in the Mission house. After three months, I left the group and returned home, not knowing God at all. My own mission had failed. But at my age, the attempt was a thrill nonetheless.

Later, I went back to study in the university. All my effort went into gaining more and more knowledge so that I could disprove God in any debate or argument. I ignored people who were religious and believed in God. Gradually, theistic people seemed to be great stupid fools to me. Sometimes I would think, “How can a person be so blind as to believe in God?” Theism seemed extreme superstition. The Big Bang theory, Darwin’s evolution theory, as well as fantasy books on UFOs and extraterrestrial beings, made me more and more atheistic.

I was born and brought up in an environment where my father was a lifelong Vaisnava and a vegetarian. When I would see him not eating any fish or flesh, I would consider him stupid because it was beyond my imagination that a person could avoid eating delicious fish and flesh and eat only vegetables. He would get up from bed very early, at 4:00 A.M., and alone would sing the Hare Krishna maha-mantra with some musical instruments. That greatly disturbed me because I could not sleep comfortably. But I could never stop him.

Days, months, and years passed. Gradually I could feel one thing inside me: As much as I was trying to know more and more to disprove God, I would see that there are some problems and fundamental limitations the scientists can never resolve. For instance, scientists say that the universe was created from a Big Bang. They have tried to describe all the states of the universe just after the Big Bang and up till the present time. They say space-time was created from the Big Bang and that it is still expanding today. They have tried to show how the many kinds of particles and sub-particles were created at that very early stage of the universe and how this super-fine-tuned universe came to be what it is now. But surprisingly, no scientist can say why the Big Bang occurred and why it happened about fifteen billion years ago rather than earlier or later. Finally, where did the singularity (the “thing” that exploded to become the Big Bang) get its mass of infinite density?

Scientists cannot answer these fundamental questions. Rather they can only suggest possibilities and promote their own opinions. I started to doubt their theories because it seemed scientists themselves believe in something they do not know at all. In the name of science they promote their beliefs, and that is wrong.

So my question was if both theists and scientists believe in something they do not really know, what is the difference between them? That made me think again about God. I became busy trying to know God by way of scientific exploration. In 1992 I read Stephen Hawking’s best-selling book, A Brief History of Time. In 1980, when he wrote the book, he said that the Grand Unified Theory might be discovered within twenty years. Twenty-eight years have passed, but physicists are still stumped. The Grand Unified Theory is an effort to explain the world with one almighty theory, most likely with God absent. In a narrow sense, GUT is the effort to find the one and only particle from which all other particles have been built up and to unravel the mystery of the universe. But theoretically, discovering GUT is impossible, because it is impossible to create any infinite temperature in a laboratory or elsewhere by which a mini Big Bang can be created artificially. That’s required to get all the information about what happened during the supposed original Big Bang.

I would always remain busy with this kind of thinking. Because of being an atheist, I was not really happy. Feeling empty inside, I thought that life had no meaning or greater purpose. But I was not ready to think of myself as an animal, as per Darwinism. I identified with my situation in the world and held a respectable position in the work force.

One day while I was going to the office on my motorbike, I was thinking of God and was trying to connect God, His creation, scientific explorations, and theories of the origin of the universe. Suddenly there was a storm inside my brain. I thought about how the universe is fine tuned, with proper balance on a large scale, but according to the second law of thermodynamics, the universe should not be fine tuned and balanced. It should come to a disorderly state over time. To justify this discrepancy, scientists imagine a kind of dark matter spread throughout the universe, creating balance. Scientists say that only ten percent of the mass of the universe is visible; the remaining ninety percent is invisible dark matter.

I recalled that the word Krishna means both “dark” and “attraction.” I thought that maybe Krishna was the solution to this great fundamental problem.

I turned my motorbike around. Instead of going to the office, I went to the local ISKCON temple and bought a Bhagavad-gita and a full set of Srimad-Bhagavatam. I went home and started to read the Gita first, without any delay. Like a person dying of thirst, I drank in the words. Here are some of the verses that especially struck me:

“O conqueror of wealth, there is no truth superior to Me. Everything rests upon Me, as pearls are strung on a thread.” (Bg. 7.7)

“O son of Kunti, at the end of the millennium all material manifestations enter into My nature, and at the beginning of another millennium, by My potency, I create them again.” (Bg. 9.7)

“This material nature, which is one of My energies, is working under My direction, O son of Kunti, producing all moving and nonmoving beings. Under its rule this manifestation is created and annihilated again and again.” (Bg. 9.10)

“The total material substance, called Brahman, is the source of birth, and it is that Brahman that I impregnate, making possible the births of all living beings, O son of Bharata.” (Bg. 14.3)

I was greatly surprised. Instantly I realized that this is the real theory of the creation of the universe. Scientists have been looking for it a long time, but in the wrong way like going to Japan when you’re looking for America.

I realized that “become manifest” (Bg. 8.18) refers to the creation of the universe and its four dimensions (the fourth being time). The unmanifest state is the virtual world of more than four dimensions. Scientists theorize a virtual world of as many as eleven dimensions, and they say that our universe will be destroyed one day and then created again. According to the String Theory and other theories, this process repeats continually. The following verse states the same idea: “Again and again when Brahma’s day arrives all things come into being, and with the arrival of his night they are helplessly annihilated.” (Bg. 8.19)

Without any more delay, I turned away from atheism and became a theist, having wasted thirty valuable years of my life. But I feel lucky, and I’m happy to think that Lord Krishna has showered His mercy on me. Now, following the example of Arjuna, I have wholeheartedly taken shelter under Lord Krishna’s holy feet. As He instructs us, “Engage your mind always in thinking of Me, become My devotee, offer obeisance to Me, and worship Me. Being completely absorbed in Me, surely you will come to Me.” (Bg. 9.34)

Kishore Kumar Sarder is a deputy director for the Red Cross Society in Bangladesh.