How I Found A Real Yoga Teacher

After Thirteen Years With a “Yoga Cheater”. 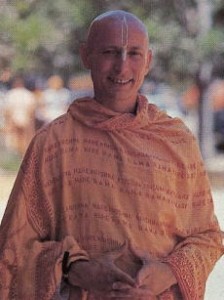 The path from the hatha-yoga ashram to the Radha-Krishna temple is a well-worn one. Many people who are now ISKCON devotees had in the past performed various stretchings, contortions, breathing exercises, headstands, and silent meditations before they learned of the higher yoga of Krishna consciousness. But Amala-bhakta’s case is extraordinary: not only was he an expert hatha-yogi when he came to the Los Angeles temple in February of 1976, but he was also in the most respected order of spiritual life sannyasa), and he had been running a major yoga center in New York for almost thirteen years. Here is his account of why he took up hatha-yoga and then left it and his teacher for Krishna consciousness.