From Chemical Solution To The Ultimate Solution

The unseen merciful hand of Lord Krishna helps a determined young science studentbecome one of Srila Prabhupada’s first Indian disciples.
I was born in Aravade, a small village in the Indian state of Maharashtra that  differs little from more than seven hundred thousand others in India. After I  graduated from high school, my family sent me to Bombay to study chemistry in college. But my college career was not to be. 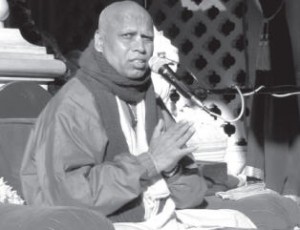 In the year 1971, in late March, something happened to prevent me from following the program my l family had so carefully laid out for me. For the first time, His Divine by Lokanatha Swami Grace A.C. Bhaktivedanta Swami Prabhupada was touring India with his foreign disciples. They had arrived in Bombay just before I had, and now they were going to have a pandal (a spiritual festival) at Cross Maidan.

The devotees publicized the pandal very widely, in newspapers and on billboards. In the advertisements, Srila Prabhupada’s disciples were described as American, Canadian, European, African, and Japanese sadhus (saintly devotees). This was unprecedented. Previously, whenever the word sadhu had been applied to someone, it was understood that the person was Indian. There could be no other consideration. But these advertisements were talking about sadhus from all over the world. This was indeed a novelty for every Bombayite, and it especially fascinated me.
Intrigued, I went to the Hare Krishna Festival, which was quite well organized. The Hare Krishna sadhus were the biggest attraction for me. I appreciated their singing, dancing, walking, and talking. In fact, I liked everything about them, and I attended the function practically every evening. I would simply watch and listen. Though I knew English , I wasn’t fluent, and speaking with foreigners was too difficult for me. I purchased a few magazines and a few booklets with the lit tle money I had.
Srila Prabhupada spoke every evening. He discussed many issues relating to Krishna consciousness and made many points. But the point that had the greatest impact on me, and which attracted me to him and his society more than anything else, was the simple point that if you serve Krishna, the Supreme Personality of Godhead , you simultaneously serve everyone and everything else. Srila Prabhupada gave the analogy of what happens when one waters a tree. Just by pouring water on the root of a tree, one automatically waters all the leaves, branches, fruits, and flowers on the tree. 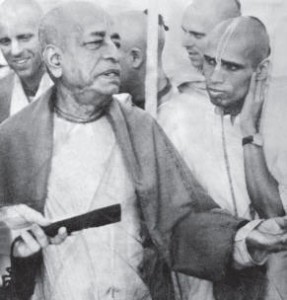 Srila Prabhupada had simplified my job. “Here is my chance,” I thought. I had always wanted to serve others, and thus at different stages in my life I had contemplated becoming an engineer or a doctor or a lawyer. When ever I thought of my future, I would think of how I could serve others. Yet although throughout all these years I had mainly thought of service, I didn’t know where to begin, and I had practically no resources in my possession . But now Srila Prabhupada had cleared my path by showing the easy way of serving the whole creation through the simple medium of serving the Lord, the source of all that be. This idea greatly appealed to me.

As scheduled, the Hare Krishna Festival ended after eleven days, and everything went back to normal.
I continued going to college in Bombay. I shared a room with some people from my village, whom my family had asked to keep an eye on me. Once, seaveral years before, I had left my studies and gone to join an asrama in a town nearby my village. I had almost made it to the asrama, but the unseen merciful hand of the Lord brought me back so that later I could join Srila Prabhupada instead.
After this incident, my family had anticipated my going away somewhere, sometime, and that is why they asked the villagers to watch over me. But how much could they watch me? I had gone to the Hare Krishna function practically every evening, and no one had noticed that. I would keep Hare Krishna magazines and booklets inside my big fat chemistry books and read them for hours. My roommates would marvel at how seriously I was studying chemistry. They couldn’t detect that instead of absorbing myself in analyzing chemical solutions, I was probing into the ultimate solution to the problems of life.
Whenever my roommates went out, I would bolt the door and, with my arms raised, chant Hare Krishna and dance to my full satisfaction. Having seen the devotees chanting and dancing on stage at the festival, I was trying to imitate them. Thus, in hiding, I was following the process of Krishna consciousness: chanting, dancing, and reading over and over again the few pieces of literature I had.
I knew that the Hare Krishna devotees were living somewhere in Bombay, but after the function their small group had merged into the big city, and I was deprived of their association.
One year passed.
Then, in March 1972, ISKCON organized another festival, this time at Juhu Beach. During the course of the year, the devotees had purchased some land at Juhu, and the function was going to be held right on their premises. Once again, advertisements appeared in the newspapers and in other media, and news of the festival reached me by the causeless mercy of the Lord. I had been waiting for this news, and I was extremely happy to receive it. 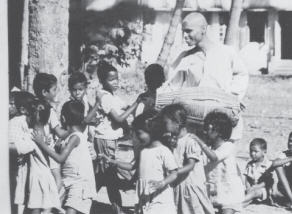 Naturally, I attended the programs. I would go long before they began, borrow books, and read them. During the chanting I would join in wholeheartedly. The foreign devotees, in Indian dhotis and kurtiis , and the Indian student, in imported trousers and shirt, would dance together. 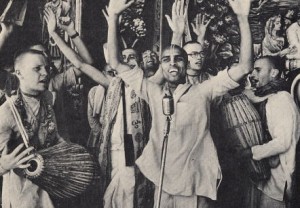 Although it may appear that my joining ISKCON disrupted my family’s life and caused a disturbance in my small village, these negative effects were only temporary. In the years since I joined ISKCON, I and many other devotees have often visited Aravade and taught the principles of Knna consciousness, and now my familyand my whole village-embrace ISKCON as a genuine religious movement. There are seven fulltime devotees from there, my sister has enrolled her son into the ISKCON gurukula school in Vrindavan, and whenever I see my father he asks me for tilaka and proudly decorates his forehead with it. Also, my family and many other families in Aravade regularly chant Hare Krishna on beads. All in all, my whole village loves the Hare Krishna movement, and there is no disruption of any kind.
His Holiness Lokanatha Swami is an initiating spiritual master In ISKCON and minister for padayatra worldwide. He is also famous for his discourses and melodious kirtanas.
Share This