Exeter, Harvard, SDS, drugs, Skinner, James, and a place on the bay in Maine. Then what?

I first heard the chanting of Hare Krsna in 1968, in Cambridge, Massachusetts, during my freshman year at Harvard University. My dormitory room overlooked the sidewalk in Harvard Square where the devotees chanted in the afternoon several days a week. I liked the chanting, although it sometimes drew me away from my studies. 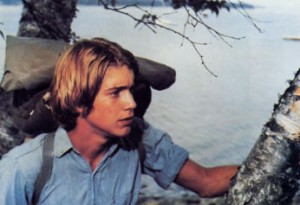 Having just spent four disappointing years at the Exeter Academy, in New Hampshire, I was enjoying a new freedom at Harvard. I could choose my own courses, make new friends, and take part in Boston’s collegiate youth culture. Since my father was then principal of Exeter, the move to Cambridge meant a new freedom from my family as well. As I walked back and forth to my classes through leaf-strewn Harvard Yard, ate with my classmates in the freshman dining hall, and studied diligently in Widener Library, I felt that now, at last, my real education was under way.

But Harvard, too, was a disappointment. As I studied I became more and more dissatisfied, although I couldn’t understand why. My friends, and even a few of my professors, admitted to some of the same feelings. I continued my studies anyway, for the sake of that prestigious degree, but the dissatisfaction increased, and I used to gather with my friends, smoke marijuana, and talk about the uselessness of education.
I was majoring in psychology because I wanted to better understand who I was and how the people of the world could live together happily and peacefully. Full of freshman enthusiasm, I signed up for some advanced courses, hoping to get right to the heart of my new field.
One course dealt mainly with the research of B. F. Skinner, the pioneer in behavioral psychology (and a member of the Harvard faculty). Skinner, I discovered, had spent a great deal of time in his Cambridge laboratory minutely studying the behavior of caged animals, especially Harvard Yard’s native pigeons. Although I admired his careful research, his chilling theories of how to manipulate human behavior seemed to leave no room for freedom something I was just beginning to appreciate greatly.
In another course I read Principles of Psychology, by William James, the outstanding American psychologist and philosopher of the last century. Like Skinner, James had taught at Harvard. He had done much research on frogs, which had apparently abounded on the Harvard campus in the 1800’s, when the Charles River had been less polluted. James was a powerful thinker, but he also didn’t give me what I was looking for: practical ideas I could immediately apply to improve my life and the world around me.
I began to doubt the value of my studies. In a light moment with my roommates one evening, I concluded that the only substantial difference between James and Skinner was that James had studied frogs and that Skinner, because of a shift in the local fauna, had studied pigeons.
By this time the Vietnam War was at its height. I was adamantly opposed to it, and I started to get involved in radical politics. In the spring of 1969 members of the Students for a Democratic Society entered the administration building in Harvard Yard, threw out the dean and other faculty members, and declared that they would occupy the building until the military’s Reserve Officers Training Corps left campus. Though I wasn’t a member of SDS or much of a radical, I joined the demonstration. At least it was a change from the dull routine of classes.
The next day, just before dawn, a hundred state policemen surrounded the building. They were all big men wielding long black nightsticks and dressed in knee-high leather boots, leather jackets, and blue helmets with tinted visors that hid their eyes. After spraying tear gas through the windows, they broke down the doors and charged into the ad building.
We all decided to be non-violent, of course. So about sixty of us were loaded into paddy wagons, taken to the Cambridge police station, and booked on charges of criminal trespassing.
Meanwhile the Harvard student community, having witnessed the bust, went on strike and refused to attend classes. All these events got wide coverage in the Boston papers, and the story even made the cover of Life.
But after the initial excitement wore off, I began to lose interest in radical politics. The SDS meetings during the strike were disorganized and beset by endless petty quarrels. But the worst part of these meetings was the series of long-winded harangues by the leaders, in which they presented their hodgepodge of political ideologies. My studies seemed fascinating by comparison.
I don’t know if ROTC ever left campus, but I do remember that Harvard canceled final exams that spring. Now that was a victory we could all appreciate.
The next fall, after I helped organize a peace march in Washington, D.C., political activism joined my academic studies on the garbage heap of what I considered useless wastes of time.
A year later, after two years at Harvard, I took a one-year leave of absence, rented an apartment in the Jamaica Plains section of Boston, and began to study on my own. I felt a little relief. Free from the oppressive routine at Harvard, I did the best I could to stop using marijuana and other drugs. Then, late in March of 1971, as I walked down Tremont Street alongside the Boston Commons, a young woman walked up to me and handed me a magazine. Various political, religious, and cultural groups were always passing out literature on the Commons, so I took the magazine and kept walking, leafing through the pages. But after a moment I heard the young woman call to me from behind: “Sir, we just ask that you give a small donation to cover printing costs.” I was a little annoyed, and I thought of giving the magazine back to her. But instead my hand somehow went into my pocket, and I gave her fifty cents. 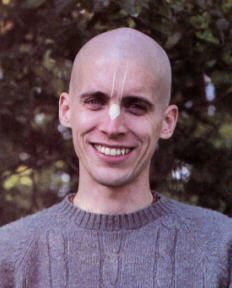