“I could envision myself, floating through pink and lavender hues, transforming my body into delicate strands of emotion.” 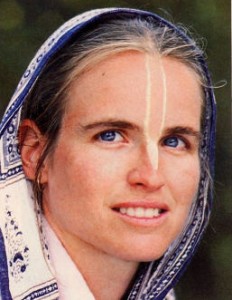 When I was a very young girl, I wanted to become a dancer not an ordinary dancer, bound by the laws of gravity to thump and thud and sweat and pant, but a truly ethereal creature, breathlessly brilliant and light. I could envision myself, floating through pink and lavender hues, transforming my body into delicate strands of emotion. Audiences would be stunned, mystified, enchanted. My entire life would be dedicated to dancing no time for grocery lists or vacuum cleaners and although naturally I would grow up to be very beautiful, I would happily forego the messy knots of matrimony for the fulfillment of my unprecedented contribution to the world of ballet.
Within a few years, however, the world became more sharply focused, revealing the reality of a dancer’s discipline. I found myself clinging shyly to the wall of the ballet studio, watching the other little girls flutter like fairies across the scuffed tile floor. My feet were not so inclined to follow the flight of my fancy; indeed, I seemed to be more securely weighted to this solid earth than most. Clouded by a myopic fog, and gifted with a singular sense of rhythm that defied conventional synchronization, I suffered through those classes with the growing realization that life must surely consist of more than this. After all (I consoled myself), why should I limit myself to a life of physical contortions? What about personal growth? What about intellectual development?
Thus the world’s most exquisite ballerina was obliged to retire a full decade prior to opening night, much to her private chagrin. I thought myself to be better suited to becoming a librarian, a teacher perhaps, or a missionary in a foreign land, or maybe a civil rights activist….
How my idealistic daydreams were to suffer, as the years rolled relentlessly past! The same world that had once appeared so fresh lashed out with unexpected resistance to my hopes of a grand entrance. Sex discrimination, cut-throat competition, financial hardships numberless varieties of ruthless exploitation, crime, and heartache combined to stifle those dreams of glory and success. Suddenly college was upon me, and despite myriad career choices, nothing seemed to reach deep enough to inspire that potential somebody cowering behind my unrealized aspirations. All I knew was what I didn’t want a long succession of ill-fitting roles prescribed by parents, spouse, employers, grandchildren, and Madison Avenue executives. I wanted to integrate the unique personal essence I knew to be myself into a life rich with significance and purpose. I desired to be the best person I possibly could be, no matter how painful or difficult the endeavor. But where to find such a lofty goal in a world of deliberate self-deception?
I found what I was looking for in a most unexpected place. When I first came into contact with the Hare Krishna devotees, I was prepared to dismiss their unorthodox practices as easily as I had rejected many others.
Yet in spite of my reservations, I was impressed by the sincere dedication of the devotees. How much they were sacrificing for their cause, yet with such obvious relish! Although their lives appeared so disciplined and austere not at all my idea of a happy way of life they were nonetheless the most satisfied and radiant people I had ever met. Their days were filled with color and song, yet without frivolity, for their philosophy carried the weight of responsibility and introspection. Even the smallest activity was seen in relation to the Absolute Truth. They were constantly striving to increase their already formidable sincerity and infuse their lives with a spirit of devotional meditation.
That’s what I grew to treasure about the devotees, their sweet understanding that everything is meant as an offering of love to God. They saw His presence everywhere and delighted in His will as the vital center of their lives. I was attracted, not simply by an unusual style of living, but by the real experience of coming closer to someone whom I knew intuitively to be the most significant person in my life, the eternal, all-attractive Lord. I saw that all materialistic paths would cheat me of this very deep happiness of intimate exchange with Him.
Becoming a devotee was not simply another career choice, a parody of conventional occupations with an exotic cultural flavoring; it was an unveiling of the spiritual personality suffocating under layers of assumed identities. I began to perceive how I had defined my very existence according to the circumstances of my birth, and how relentlessly I was suffering from this temporal and uncertain identity. When I began to sense that all that appeared glorious in this world was but a meaningless embellishment of this basic misidentification, I decided to try this revolutionary alternative. To discover the real me, hidden beneath a mass of flesh and relative values, was something I felt could warrant lifelong dedication.
I’ve never regretted my decision to take up Krishna consciousness. The austerities of spiritual discipline become increasingly effortless as I gradually perceive how they are releasing me from the blind suffering of sense gratification. That longing to be free from the forces of physical gravity and social conventions now has definite direction in the path back to the spiritual world. My life might be riddled with the imperfections of my personal lack of sincerity, but I have a goal that is noble and wonderful and pure. And I even get to dance after all.
Share This