No Time for Crime

After years at the crime desk, a journalist writes his own (crimeless) story.
A large wooden board hangs on the far wall of the Times Media Limited (TML) staff canteen at the company’s Port Elizabeth office. On the board, in gold lettering, are the names of staff members who have served the group for thirty years or more. Some have devoted fifty years of their lives to the various newspapers. When they retire they receive a substantial amount of money, but by then many do not walk very well, their eyesight is bad from staring for hours at computer screens, and their health is poor from breathing polluted air. 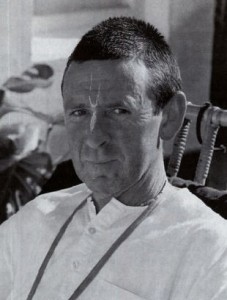