A Lifetime of Service

Her search was not a sentimental one. She was looking for a pure spiritual process a practical way of dedicating herself to God.
I grew up in the sixties, and like most of my friends, I more or less rejected my parents’ philosophy of “getting ahead in life,” although I had always been a good student. By my early teens, I tended to go more inside myself as I questioned, “What is the purpose of life? I’m training up to go and get a job in an office, but what for? There is more to life than this, but what is it? And where do I find it?” 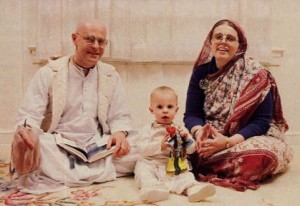 Since childhood I had liked to write poetry and short stories. After school, on weekends, during summer vacation I spent most of my free time writing, pouring out the innermost thoughts of my heart. I wanted to make a serious career of writing, although I wasn’t thinking of writing as a way to “make a buck.” Rather, it was part of my deep philosophical search, a challenge I had to meet so I could answer questions about the meaning of life. To write, I thought, a person had to be desperate to find answers to the ultimate questions; only in that way could one write prolifically.