Service To A Higher Mission

The French army wanted him but so did Krishna.
BORN INTO a French Jewish family on July 4, 1957, I had the privilege to receive a strict religious education throughout my childhood. That training would prove helpful to me in my spiritual search. 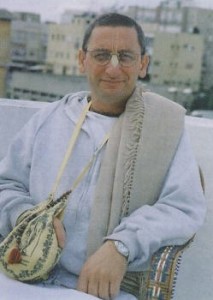