How I Met A.C. Swami Bhaktivedanta 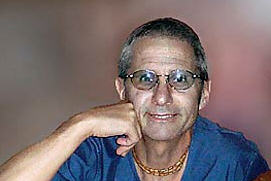 I had a “normal” childhood, had fights with the kids on the block, envied my older brother for his associations with pretty girls, and tried to be a number one lover myself, all through my school days.

I started taking marijuana in my senior year in high school. After my first semester of college, at the age of 17, I went travelling through Europe and North Africa trying to squeeze some enjoyment out of all I came across.

After running out of money I came back to the Village, where I somehow came upon the joy-spreading chanters of HARE KRISHNA in Tompkins Square Park. My feeling about it was that it was nice; however, at this time I did not think that there was anything serious in these names of God I thought that these were merely words. I also thought it strange to have a rug in the middle of a park. I did not inquire further.

I began drowning myself in psychedelic drugs such as LSD and DMT, thinking myself a very advanced creature. At the same time I became serious about my relationship to everything around me, and asked questions as to who I was and where I was going. I then went to the Haight-Ashbury area in San Francisco, to live with some people I had met in the Village.

I got too serious about bodily relationships with people and the world, thinking that I was this body and relating to everything in this manner. In trying to be a “virtuous creature,” I was seeking the perfection of life in these relationships, through drugs which I truly felt to be the answer to the problems of Mankind. I deemed myself one of the discoverers of the newly-found panacea. Such is an example of illusion. In my quest for knowledge that is, in finding the answers to my questions the question, Who is God? arose. This was the supreme quest. Then during one “trip” I was sure I had realized God, and afterward desperately tried to put what I thought to be my new knowledge to practical use. I soon entered a mental hospital.

I was then delivered back to New York and started sessions with a therapist.

One day, by the grace of God, I came upon the temple storefront. The first thing that struck me was that the people were so warm and friendly and had no arrogance of attitude. They answered my numerous questions completely, for as I have learned, this is a complete philosophy and the practical method is guaranteed.

After coming to service once, I returned for each one after that. Dancing and chanting the praises of Lord Krishna is so nice. Our kind Lord reveals Himself to His devotees in proportion to their devotion. Much of the revelation comes automatically during chanting, for the chanting of the Lord’s Name is our meditation and a most important part of the process of God consciousness.

At the time I came, Swami Bhaktivedanta was at the San Francisco temple, but his message is so fine that I was attracted to Krishna and to the Swami by the teachings he had given to his disciples.

Some time later, as Swamiji was arriving at the airport, I and some of my God-brothers-to-be were preparing the feast. We were very anxious to meet our guru. Finally, we were told that he was downstairs in the temple, and we hurriedly fumbled there to greet our Spiritual Master. He was clad in saffron robes and grandly sitting on his throne-like altar. He was a magnificant sight, as I beheld him every morning at Kirtan. Never have I met a person who exhibited the godly qualities of this man. It is my pleasure to try to be the loving servant of my Spiritual Master, and through him to learn to serve Krishna.