From Punk to Monk

“I couldn’t accept that I would be an engineer for the rest of my life, settle down, lead a steady life, grow old. I was bored. What was the point?”
I missed a chance to see Srila Prabhupada in 1969 when he spoke at Conway Hall in Red Lion Square, London. I happened to be there before his lecture, and I saw a number of devotees and many other people inside. I was curious to know what was going on. But as I was a skinhead and saw the devotees as hippies, I thought. “I’m not going to get mixed up with this lot.” I just turned around and walked out. 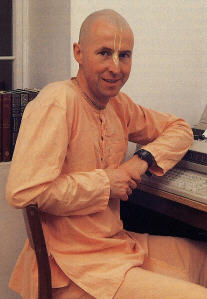