I Found Krishna in Las Vegas 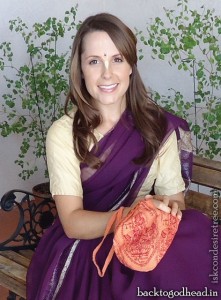 A lifelong search for God ends in the most unexpected of places.