“I learned self-discipline and a reverence for duty, honor, and country. But I had an itch for a more basic constitutional right…”

I first met Hare Krishna devotees in the fall of 1969, during my first year at the U.S. Air Force Academy in Colorado Springs. Some classmates and I were enjoying a rare weekend away from the Academy when we saw a group of devotees chanting in downtown Denver. The men’s shaven heads, the flowing Indian robes, the unusual rhythmic drum beat, and the unfamiliar chant took us by surprise. “Maybe they’re from another planet,” we joked. We concluded they must be hippies, and we wanted to talk with them. Despite six months of military indoctrination and despite the sharp dichotomy between the military and the hip culture, we still held our old ideals and the ideals of our civilian contemporaries.
“Are you guys stoned?” I asked one of them. “Stoned?” he replied. “I gave up drugs a long time ago. Drugs are artificial. Once you’ve experienced the pleasure of Krishna consciousness, you don’t need drugs.”
His answer surprised us. We thought all young people took drugs. We were even a little envious of those who could enjoy a life of unrestricted merrymaking while we slaved through a year of rigid discipline upperclassmen screaming at us at every turn, relentless drill instructors, predawn runs with rifles. We yearned for a life without rules and regulations. Though we had voluntarily accepted the rigors of life at the Academy, we still felt some attraction for the intoxicated bliss of the hippies. But this Hare Krishna devotee was saying that he had already been through all that and was now experiencing a pleasure that far surpassed drug-induced ecstasy. That might be true, I thought, but it’s hard enough being a social outcast with short hair. How could I think of becoming a Hare Krishna with no hair at all!
My conservative upbringing forced me to reject the Hare Krishna devotees as eccentric and radical. I took their Back to Godhead magazine, but it seemed too strange. I never read it.
I was raised by devout Catholic parents in a small town in a part of Vermont called the Northeast Kingdom. I imbibed the traditional American middle-class values and wanted to be a success.
As I grew older my idea of success changed. In grade school I liked being an altar boy and thought of becoming a priest. Despite attending a Catholic high school, however, my aspiration for a religious life faded. It was the late sixties, and I was influenced by the countercultural ideas of the hippies. But my desire for success was strong, and I began to think of going to college and entering the professional world.
After graduating from high school, I entered the Air Force Academy. Life at the Academy was demanding. We were training to become “whole men,” ready to meet the challenge of preserving peace in our volatile times. We were learning self-discipline and a reverence for duty, honor, and country. But I had an itch for a more basic constitutional right: liberty. I wanted to be free to do my own thing. But I also equated freedom with financial security and decided to remain at the Academy, inspired by the financial rewards that would come after graduation.
By the time I graduated from the Academy, however, I had begun to wonder just what kind of success I wanted. The Academy had provided plenty of opportunity. I had set and achieved many goals. I wasn’t an underachiever. But I doubted the ultimate value of all my goals and accomplishments.
On graduating from the Academy in June of 1973, I was commissioned a second lieutenant and assigned to an Air Force base in Sacramento as a civil engineer. I worked in an office with fifteen civilian military engineers, some of whom had been there for twenty years. I soon realized I didn’t want to end up like them. I heard their conversations and thought how empty their lives must be. And I was following the same path. Why should I work so hard just to come to this more work, more bills, more family problems? And the senseless habits, like smoking, drinking, and watching television for hours. None of my coworkers were happy. When they arrived in the morning, I could see it in their faces. I could see it at the end of the day as they stood holding their coats, waiting impatiently for the bell to release them from their drudgery.
And these were the higher echelons, the white-collar workers with their airs of success and security. “But they’re suffering as much as anyone else,” I thought, “and I don’t want to end up like them.”
I began to think more seriously about life. I remembered moments of philosophical questioning in the past. In high school I would sometimes challenge the Sisters teaching the daily religion class. I was often dissatisfied with their answers. They would say it was a matter of faith, but I wasn’t convinced of the reasonableness of that faith. I read Edith Hamilton’s Greek Mythology in my senior year and thought it was just as believable as the Catholic doctrines. I thought there must be more to religion than mere faith. 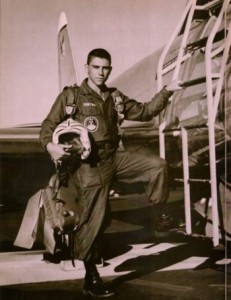