Bahudaka dasa has been the president of the Vancouver ISKCON center for six years. When he first joined, in 1970, the center had only four full-time devotees. It is now a community of more than ninety. The community has recently moved to a woodsy eight-acre estate in Burnaby, a Vancouver suburb. Like all other ISKCON centers, it is open to the public. 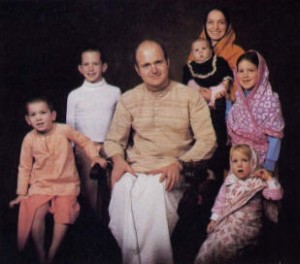 I guess I’m a kind of model Canadian citizen. My father was always active in the community. He was mayor of Saanich, Victoria, the city that I grew up in. He was chairman of the school board, and all sorts of things like that, and then he was a member of Parliament for eight years.