Memories and Reflections on The Power Of The Holy Name

Though seemingly chance encounters, the holy name of the Lord gradually brings light to a struggling soul.
CAMBRIDGE MASSACHUSSETTS, USA. December 1970.
Walking along a commercial street in a blizzard, we spot a group of orange-clad people singing across the street. 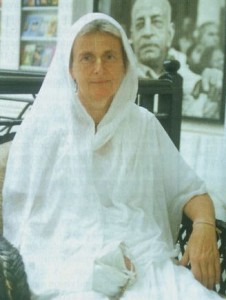