A few lines from a little book turn a routine evening after work into an Archimedean bath.
A eureka experience occurs when something routine and familiar suddenly triggers a powerful, emotionally charged realization, and you perceive as never before the depth, meaning, and significance of that particular action or statement.
You feel like the Greek mathematician Archimedes felt when, upon entering his bath one day, he suddenly discovered how to measure the density of an object by seeing the amount of water his body displaced. And like Archimedes, when you have such a stirring revelation, you may also feel like dashing through the streets shouting “Eureka! Eureka!” 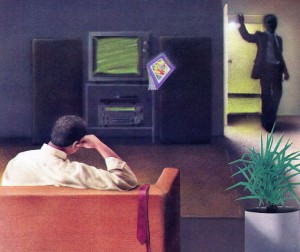 I had my eureka experience one day in May 1973. I’d gotten home from work around five thirty, and as usual I performed my daily rite of watching television with the sound off, the stereo blaring at near peak volume. That was how I’d purge myself of a day at the office of White, Weld and Co., a brokerage house near Wall Street.