Growing Up With Krishna

From age five to twenty-three a young man’s tale of spiritual development.
I became a devotee of Krishna when I was only five years old.
It was 1968. My mother and I were shopping in downtown San Francisco when we saw the devotees of Krishna for the first time. They were chanting and dancing in front of a big store, and one of them approached my mother and gave her a card inviting us to attend the “Sunday Love Feast” at the temple on Frederick Street. 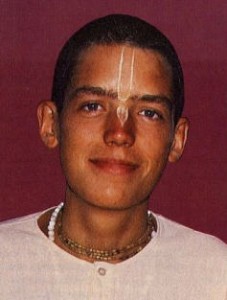